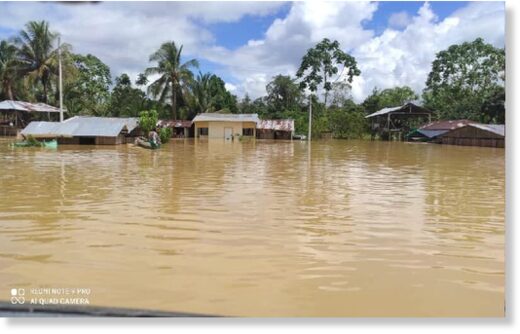 Several rivers broke their banks following heavy rain in Chocó Department, Colombia. Authorities reported almost 3,500 households have been affected, with flood water “up to neck height” in some areas.

The government of Medio Baudó said 3,489 families were affected, which is an estimated 14,000 people. Reports suggest hundreds of homes have been damaged and according to local media as many as 120 homes have been completely destroyed. Widespread damage to livestock and crops including rice, corn, banana and yucca was also reported.

The municipal government of Medio Baudo said communities close to the Misará rive have suffered the worst of the flooding with “water up to their necks for over 2 days”. Areas of Alto Baudó close to the Dubasa river were also severely affected.

On 19 November 2021 Colombia’s National Unit for Disaster Risk Management (UNGRD) updated nationwide figures for the current rainy season that began in September 2021. UNGRD reported a total of 474 events in 289 municipalities of 27 departments, which have affected 10,400 families and left 41 people dead. Severe weather related events included 177 landslides and 168 floods. As many as 7,635 homes have been damaged and 111 destroyed. 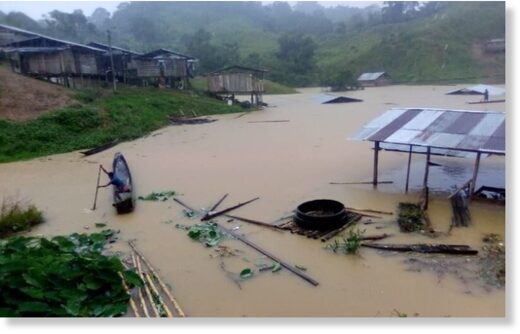 Entire city of Merritt in British Columbia forced to evacuate due...