The 187 victims were freed in Zamfara state, where they had been seized in separate attacks, police say.

The rescued victims -187 men, women and children – were freed in Zamfara state, where they had been abducted in separate bandit attacks, police said late on Thursday. 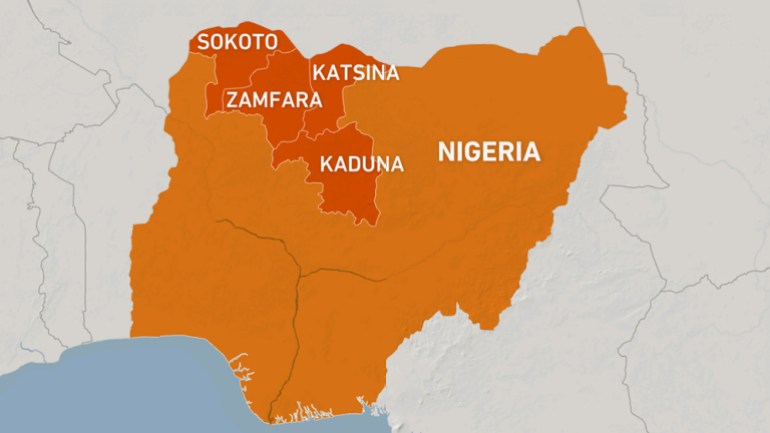 Pictures and video circulated by police to the media showed some of the people with torn clothes and struggling to sit as they waited to be transported back to their homes.

“The abducted victims who spent many weeks in captivity were unconditionally rescued following extensive search and rescue operations that lasted for hours,” Zamfara state police spokesman Mohammed Shehu said in a statement.

The rescue was part of a weeks-long broader military operation in Zamfara and other northwestern states that has included telecoms blackouts to disrupt bandit communications.

The gangs, who maintain camps hidden in forests straddling Zamfara, Katsina, Sokoto and Kaduna states, have been increasingly attacking schools where they kidnap students for ransom.

Hundreds of schoolchildren have been abducted in mass kidnappings since December. Most have been freed or released after ransoms were paid but dozens are still being held.

Moderna Says It Will Build a Vaccine Factory in Africa

Pfizer Booster Can Be Given After 6 Months, European Drug Agency...