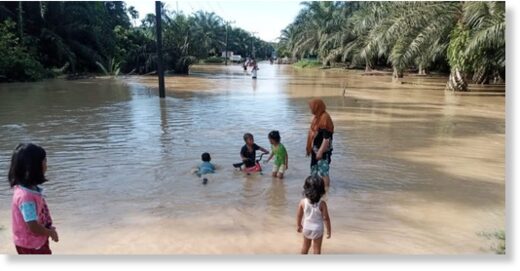 Flooding has affected over 25,000 people in different parts of the island of Sumatra, Indonesia, over the past week. At least one person has died and another is missing after heavy rain caused a landslide in Aceh Province.

Meanwhile 4 people have died in a landslide that destroyed buildings on a roadside in Central Java Province of Java Island.

Teams are searching for one person reported missing after a landslide in the remote Rikit Gaib District in Gayo Lues Regency, Aceh Province. One person died in a building destroyed by the landslide that struck after heavy rain late 22 November 2021.

Disaster authorities in the country also reported several incidents of flooding across Sumatra Island over the last few days. Flooding struck in North Sumatra Province after heavy rain caused the Padang and Bailang rivers to overflow on 20 November 2021, affecting parts of Tebing Tinggi City, Rambutan, Bajenis, Padang Hilir, and Padang Hulu. According to the ASEAN Disaster Information Network, flood water was up to 1.2 metres deep in some areas. Hundreds of homes were damaged and around 18,430 people affected.

Flooding was reported in Indra Makmur in East Aceh Regency is a regency in eastern Aceh Province on 18 November. Around 300 homes were damaged and 1,440 people affected.

Flooding in Asahan Regency in North Sumatra Province occurred on the same day after heavy rain caused the Asahan River to overflow. Roads, bridges, crops and 230 houses were damaged and 5,952 people affected.

Heavy rain in the neighbouring island of Java has caused some flooding and landslides in particular in Banjarnegara Regency, Central Java Province, on 19 November 2021, where 4 people died after a landslide destroyed buildings near a roadside in Pagentan District. One person was injured and 3 others evacuated. 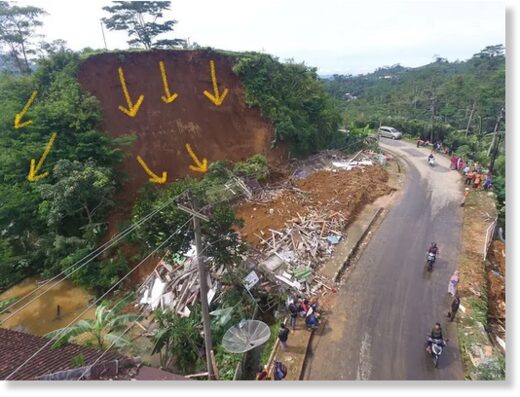